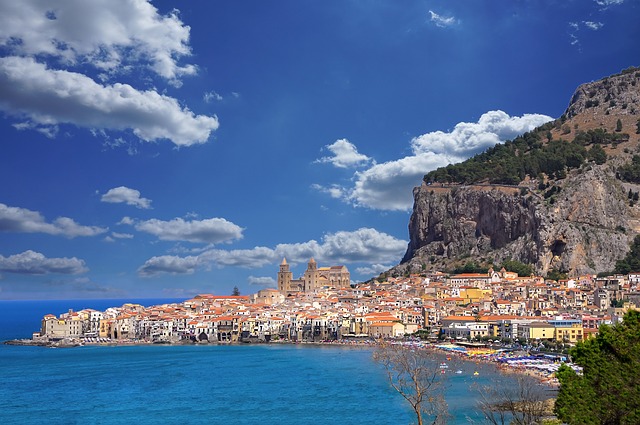 Sicily is a tourist island which is enjoyable all year round. Many choose it in winter to escape from the cold winter in the north and to dip into the local culture like a “local”. Sea lovers will be able to fully enjoy the sea from mid-May to mid-October. The large number of religious festivals, in spring and autumn, will guide you to discover the most intriguing villages. Here, the climate is much Mediterranean, with hot summers and short mild winters.  There are 2,500 hours of sunshine,  the rainfalls, seldom heavy, are concentrated in the winter months.

Now sit back on your couch and enjoy the following videos about Sicily.

Into the heart of Sicily.

Sicily. The Land of Joy. A day with Montalbano.

Sea, sun and adrenaline in Sicily.

Sicily. Land of wine and flavors.

Travel and Discover Sicily Region from your couch. – Italy