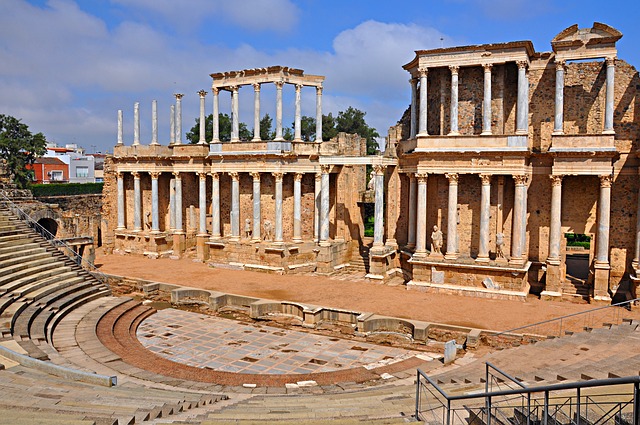 Whoever visits Mérida will see the past transmuted into an object of leisure and education, one of the successes of its museums and exhibitions. Occasionally, the ruins awaken from their lethargy and host, just as they did in their heyday, under the timeless cloak of culture, the Classical Theatre Festival. The visit to Mérida enables you to discover, in order, numerous pieces belonging to a cultural jigsaw that houses more than seven centuries of the old history of Spain. Now relax on your couch and enjoy the videos about Merida in Spain.

“Art and culture emerge in the city of Mérida, which has one of the best-preserved archaeological sites in Spain and in the world. The Roman Theatre from the 1st century BC continues being the scene of dramatic performances and recitals during the International Festival of Classical Theater. Every year, people from all over the world are moved by the impressive acoustics that it possesses and the plays that take place in a World Heritage City.